Melioidosis is an infection caused by the gram-negative bacterium Burkholderia pseudomallei (formerly called Pseudomonas). Melioidosis infection may causes pneumonia, sepsis or local infection in various organs. Diagnosis is based on staining and culture. Treatment with antibiotics such as ceftazidime should be prolonged and with a doctor’s prescription.

The risk of contracting melioidosis is highest among adventure travellers, ecotourists, military personnel, construction workers, miners, and others whose contact with contaminated soil or water may expose to bacteria in an endemic area.

Burkholderia pseudomallei can be isolated from soil and water and is endemic to Southeast Asia; Australia; Central, West and East Africa; India; Middle East and China.

Humans can contract melioidosis through contamination on scrapes or burns, by ingestion or inhalation, but not directly from infected animals or people.

In endemic areas, melioidosis can occur when:

Melioidosis is considered a possible agent of bioterrorism.

Despite everything, the CDC considers that the risk to the general population remains “very low”. They are currently investigating to determine how widespread the bacteria are in the environment.

Symptoms of melioidosis can be broad, such as fever, joint pain, or headache. This can lead to pneumonia, abscess formation, or infection. Worldwide, melioidosis is fatal in 10-50% of cases.

The disease is endemic in Southeast Asia and northern Australia, but cases are seen particularly in the tropics. In Europe, an increasing number of cases are being reported.

Melioidosis can appear at any age, but it is most common between the ages of 40 and 60. The incubation period varies from two days to several months or years.

The acute form of the disease is manifested by respiratory infections (necrotizing pneumonia) and sepsis (with high fever, headache, diarrhea, vomiting, skin lesions and abscesses).

Diagnosis is based on demonstration of the pathogen identified after culture. Other methods include: haemagglutination, direct immunofluorescence, ELISA, complement fixation or PCR tests.

These methods can also make it possible to estimate the prevalence of infection in a given population. Imaging helps to assess the extent of the disease.

The differential diagnoses are tuberculosis, pneumonia and other infectious diseases, such as plague, syphilis and typhoid fever.

The reported mortality rate varies between 15 and 40% of cases, depending in particular on the resources available to treat patients in the different regions of the world. Early diagnosis and adequate treatment are essential. Relapses are possible. 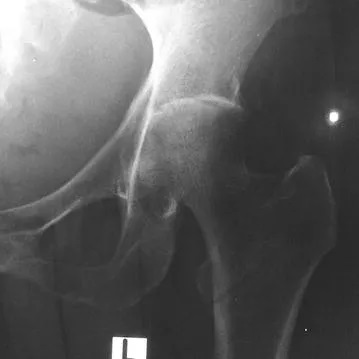 As the disease is poorly understood, there is little possible prevention, other than limiting exposure. When traveling to one of the endemic areas, it is advisable to protect the skin well in humid areas, especially if it has wounds.

B. pseudomallei seems to be very weakly immunizing and vaccine trials with B. thailandensis, or attenuated strains of B. pseudomallei, have been unsuccessful. The development of a vaccine therefore seems remote and of little interest to the pharmaceutical industries, because the disease remains endemic in poor countries, and it presents a high pathogenic complexity.

Take precautions to protect yourself by:

How to Keep Mosquitoes Away | Tips and products that work!

Medications in Your Travel Medical Kit? Health and Safety Kits