The latter, created by Ryan Murphy and brilliantly embodied by Evan Peters, is chilling, highlighting the complex personality of the killer, exploring his entourage, the lives of his victims but also the obvious negligence of the police in this case. The starting point for the three-part documentary is to rely on previously unreleased recordings of Jeffrey Dahmer during conversations with one of his lawyers, Wendy Patrickus.

Effects of style, but a reality that is not romanticized

She speaks at length over the three parts, explaining that it was her very first case as a lawyer. Among the many other witnesses questioned: journalists who covered the story at the time of Dahmer’s arrest in 1991, his other lawyer, those for the prosecution, psychiatric experts called to give their assessment during the trial, but also relatives of some victims.

Obviously, the permanent dramatic tension staged in the series is absent from the documentary – despite some strong stylistic effects – but the different stories provide a host of horrific details on the crimes. One wonders why the episodes are not recommended only for those under 16 when the series was not recommended for those under 18. True, there are no images of Dahmer’s atrocities, but the descriptions are no less monstrous.

Jeffrey Dahmer confessed to murdering 17 young men. Arrested in July 1991 and was sentenced in 1992 to 957 years in prison for the murder of 17 people. He now called as “Cannibal of Milwaukee” dies at the age of 34, murdered by a fellow prisoner.

Among the big differences between the two works, Jeffrey Dahmer’s father and his neighbor Glenda, who were featured a lot in fiction, appear very little in “Self-Portrait of a Killer”. On the other hand, the questions concerning the mental health of the killer and the divergent opinions of the various specialists are deepened here.

Continuing with the documentary after seeing the series, already trying, can be masochistic. What is certain is that this new analysis of the case cannot be accused of romanticizing the terrible reality. And the succession of portraits of the victims in conclusion, in both cases, is just as moving. 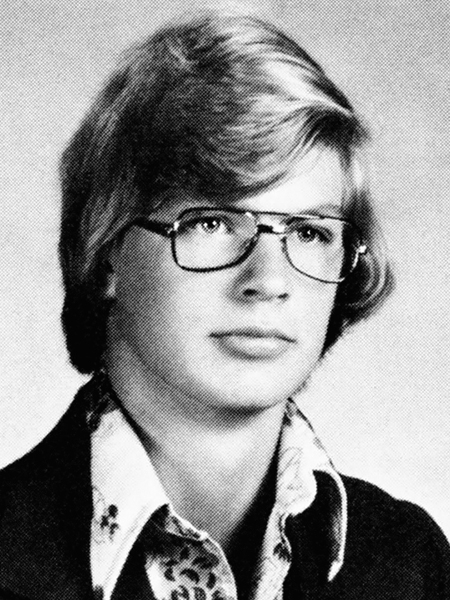 Detailed and gruesome story of a Milwaukee cannibal

A passion for dissection

Dahmer was born in Milwaukee, Wisconsin in 1960. His father is a chemist and his mother is a telegrapher. At age 8, the family moved to Ohio. From his adolescence, the boy was passionate about dissecting dead animals, the corpses of which he found around his childhood home. Having become an alcoholic, he left the University of Ohio State where he was studying, then joined the army before being fired because of his recurring state of drunkenness.

At 18, Dahmer commits his first murder. One evening in June 1978, the teenager picks up a young man hitchhiking and takes him home with the idea of ​​having a drink. After a few beers, the guest decides to leave. Dahmer then takes a 5 kg dumbbell and hits the back of his head, then strangles him. He dismembers the body and buries it in his parents’ garden.

In 1982, at the age of 22, Dahmer returned to live in Wisconsin, with his grandmother. Her strange behavior begins to intrigue her eldest. She discovers a weapon under her grandson’s bed and nauseating odors come from the cellar. The man assures at the time that it is an animal corpse.

Nine years after his first crime, Dahmer crosses paths with Steven Tuomi whom he kills in a bar. At the same time, he is excluded from his grandmother’s house and finds an apartment in Milwaukee, his childhood city. His desire to kill is increased tenfold. Between 1988 and 1991, 10 murders were committed by his hands. The mode of operation is always the same: he meets men in bars or nightclubs, kills them and savagely attacks the bodies. He keeps the skeletons as souvenirs or cuts off heads to store in his refrigerator. Even worse. In order to transform these men into zombies, he punctures their heads with an electric drill and scalds the inside of their skulls while they are still alive.

In 1991, one of his victims managed to escape and alerted the police. She intervened in the home and discovered several heads and human remains in the refrigerator, the freezer, skeletons in the cupboard, and three torsos immersed in hydrochloric acid as well as skulls in the kitchen drawers. 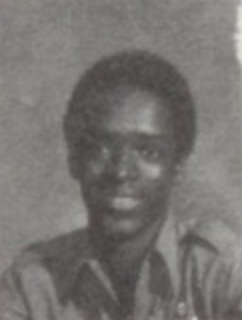 Dahmer’s death was on Nov. 28, 1994, just two years after his conviction — Dahmer was beaten to death by Christopher Scarver, a fellow inmate at Columbia Correctional Institution in Portage, Wisconsin.

Dahmer, 34, had left his cell to carry out cleaning work, and he was accompanied by Scarver and another inmate, Jesse Anderson. The three men were left unattended in the prison gymnasium showers for approximately 20 minutes.

At around 8:10 a.m., Dahmer was discovered on the bathroom floor with serious head injuries, after being bludgeoned with a metal bar and having his head banged against a wall.

He was pronounced dead an hour later at the hospital. Anderson was beaten with the same weapon and died two days later from his injuries.

Scarver, who was serving a life sentence for a 1990 murder, told authorities he attacked the couple and hid the metal bar in his clothing before the murders.

Upon learning of his death, Dahmer’s mother, Joyce, told the press, “Now is everyone happy? Now that he’s bludgeoned to death, is that good enough for everyone? »

Some of the families of Dahmer’s victims responded positively to the news of his death, while others believed he had escaped punishment. Catherine Lacy, the mother of victim Oliver Lacy, said: “The injury is worse now because he’s not in pain like we are.”

In 1995, Scarver was sentenced to two additional life sentences for the murders of Dahmer and Anderson.

More than 20 years after the incident, Scarver explained for the first time why he killed Dahmer.

Scarver said he fatally punched Dahmer after he was angered by the killer, who he said would fashion severed limbs out of prison food and drizzle packets of ketchup on them as blood.

“He was putting them in places where people would be,” Scarver told The New York Post.

“He crossed the line with some people – prisoners, prison staff. Some people who are in prison repent – but he was not one of them.

He seems so nice and likable, so softspoken and friendly. The nicest guy and at the same time an evil killer. This only shows you never know who to trust!

Daddy is a chemist which means he has a strong foundation in applied science. His son’s fascination for anatomy would strike the father as a scientific curiosity, more than a morbid obsession with blood and guts. He never turned his back on his son. Instead, Lionel did his best to understand and explain what had shaped Jeff into the deviate he became. More often, the family members of a notorious criminal are in denial or plead for sympathy. Lionel is a rare exception.

The crimes he did are so horrific and disgusting it’s hard to understand how any normal person could carry these acts out and actually derive pleasure from it.

The cinematography, story telling, soundtrack, acting all incredible. It handled the real stories and material in such an intelligent and insightful manner, reminiscent of Mindhunter.

Evan Peters discusses his participation on DAHMER – Monster: The Jeffrey Dahmer Story. His performance was brilliant, but the actor portraying Lionel Dahmer (Richard Jenkins) also definitely deserves praise. The scene where he’s informed about his son’s detainment (episode 1), where you see him slowly breaking down while trying to keep a hold of himself – goosebumps!

Biopic about notorious American serial killer Jeffrey Dahmer, taking place in both the past and the present.

The part where they interviewed Ronald Flowers who luckily got away from Dahmer was heartbreaking. He’s obviously still traumatized by the incident.

Why I Killed Jeffrey Dahmer

You don’t play games in prison and laughing alone is a bad idea. You never know when you’re dealing with somebody who’s not in the mood to play.

VERY good documentary… Konerak’s death is the most upsetting in this video…. he actually had a chance to escape and survive and women who tried to help him, but it all failed due to bad cops failing at their most basic job. Really sad.

The police officer that pulled him over for his erratic driving, could have prevented all of this if he had searched those bags in his backseat. The bones were what remained of his first victim: Steven Hicks. Wondering what this cop has/did feel about all of this knowing he could’ve stopped this before it started.