The Olympians were the group of twelve great Gods of Olympus who formed the supreme council of Olympus.

The gods of Olympus carry within them an obvious symbolic value and a function of their own. Each of these immortal figures underline the weaknesses of men in the face of the powers of nature.

In the interpretative tradition of Greek mythology, the Olympian deities are the primary deities of worship. They take their name from Mount Olympus, on which they are supposed to reside, although two of them, Poseidon and Hades have their homes opposite. 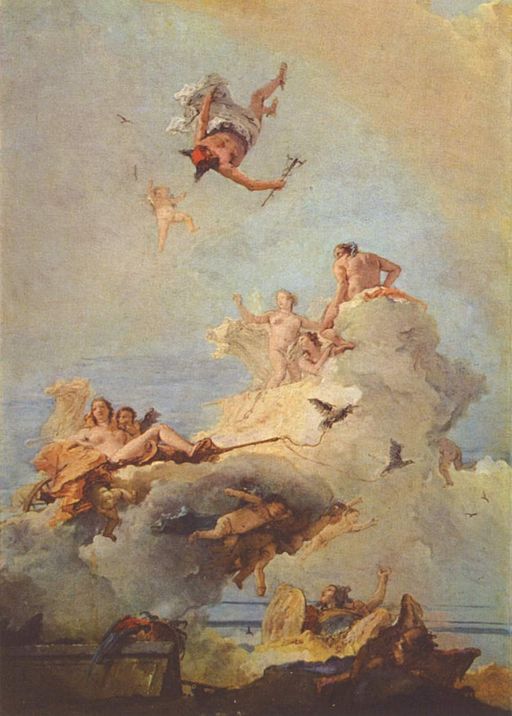 As a reminder, here is a summary table of the different gods of Olympus and their functions:

But it also happens that Ares and Dionysus are replaced by Hades and Hestia. Similarly, some texts make Heracles and Dionysus Olympians. The tradition never explains which gods come out of the list when others come in.

What gods live on Mount Olympus?

So let’s meet the inhabitants of this prestigious district, spared by the winds, rain and snow. They are only 12 according to tradition, there are the gods of the first generation, all children of Cronos, time, and Rhea, Earth. Zeus, Poseidon, Hades, Demeter, Hestia and Hera, to which must be added the gods of the next generation, almost all descendants of Zeus himself: Apollo, Artemis, Athena, Ares, Aphrodite, Hephaestus, Hermes, and Dionysus. You counted correctly, it actually makes 14! This is because some of them only come here on vacation, like Hades who has to take care of the underworld of the underworld, or Hestia the goddess of the hearth who never wanted to get involved in conflicts between mortals and gods.

Between intrigues and rivalries, they spend a lot of time feasting, feeding on ambrosia which ensures their immortality, and drinking nectar, a mysterious beverage intended for the gods alone, while contemplating the world of humans.

It will be necessary to wait until 1913 for Mytikas peak, summit of Mount Olympus, to be reached for the first time, and for an official truth to emerge which no one doubted, on its snowy rocks, no marvelous garden awaits the brave mountaineers. But it doesn’t matter, myths are like gods, they never die, and every year there are nearly 300,000 who between sporting challenge and fascination try to reach its peak.